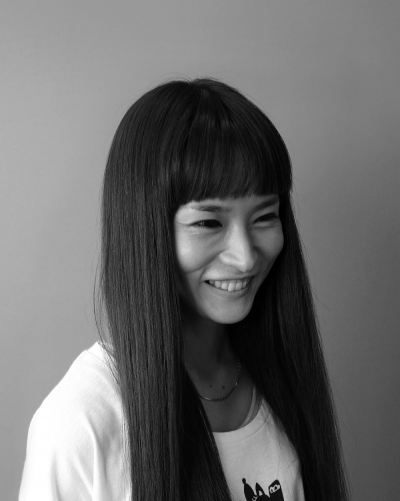 Born in Ishinomaki city, Miyagi Prefecture, and is based there. Completed the sculpture program, Fine Arts Course, Graduate School of Art and Design, Musashino Art University in 2006. She was awarded the Good Work Prize in New Art Competition of Miyagi 2006 in which Noi Sawaragi was one of the judges. Later she presented her works mainly in Tokyo. In 2011, she returned to her hometown after the Great East Japan Earthquake. In the following year, she held her first solo exhibition “Kusunda Beru”(Dull Veil) in her hometown Ishinomaki. Involved in “Shared Lines” since 2012, a cooperative project by artists of Christchurch and Miyagi sharing experiences of the earthquakes, she participated in their group exhibition at Sendai Mediatheque and another group exhibition at Canterbury Museum in Christchurch. She held a solo exhibition “serendipity”, the first project exhibition of GALVANIZE gallery after Reborn-Art Festival 2017 was finished. Focusing on qualities of dividers such as curtains on windows and doors, her themes rest on travels between reality and imaginative world, relationships between the self and other people as well as things, and her creative forms are expressed as places connecting this side and that side.
Central Ishinomaki
ARTIST LIST