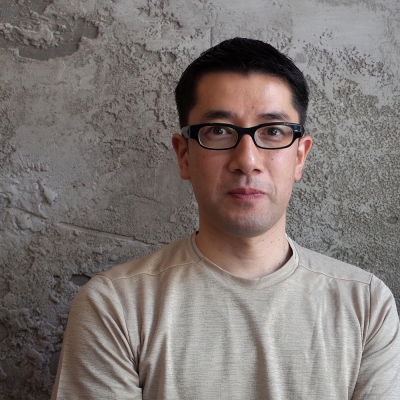 Born in Kobe in 1976, Tsuda is a photographer who travels the world, gazing through the viewfinder and interpreting the various relationships between people and nature that have continued ceaselessly since ancient times. To reveal a world that hints at many accumulated layers of culture, Tsuda turns his attention to the invisible element of time. Since 2001, he has participated in numerous exhibitions both in Japan and overseas. His major photo books include Kogi (Monde Books), which follows the trail of a boat that disappeared in the northern area of Lake Biwa; SMOKE LINE, for which he traveled through Morocco, Mongolia, and China and took photographs on the theme of windstreams; and Storm Last Night, for which he visited ancient ruins on small islands off the coast of Ireland (both published by AKAAKA Art Publishing). Fieldwork-based photo books include the trilogy of SAMELAND, depicting the culture of the Same people in the Arctic, NAGA depicting the festivals of ethnic minorities in northern Myanmar, and IHEYA・IZENA, showing scenes of faith rooted in the land on remote islands of Okinawa (all published by limArt). His latest book, Elnias Forest (handpicked) focuses on vestiges of ancient animistic faith in Lithuania.
Kozumi
ARTIST LIST