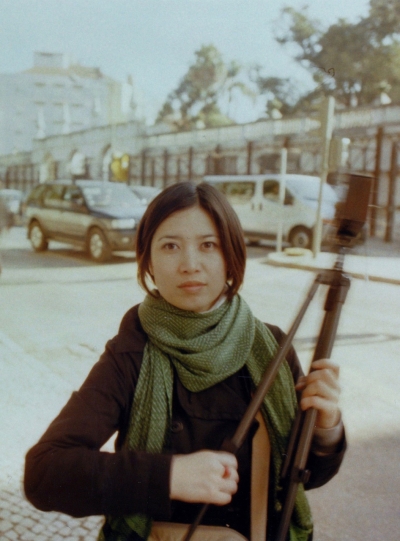 Photographer, born in 1971 in Saitama city, Saitama. Lives and works in Naha city, Okinawa. Graduated from the Department of Photography, College of Art, Nihon University in 1994. Noguchi’s photography career began when she was in university, and since then she has had numerous solo and group exhibitions in Japan and overseas. Her unique perspective, freely traveling back and forth between microcosm and macrocosm, her selection of subjects that touch on human mysteries, and her transparent colors and poetic expressive power are highly lauded at home and abroad, and she has participated in many international contemporary art exhibitions not limited to the field of photography. Major solo exhibitions include “a feeling of something happening” (Marugame Genichiro-Inokuma Museum of Contemporary Art, Kagawa, 2001), “I Dreamt of Flying” (Hara Museum, Tokyo, 2004), and “A Light Reaching the Future” (Izu Photo Museum, Shizuoka, 2011-2012). Group exhibitions include the “55th Carnegie International: Life on Mars” (Pittsburgh, USA, 2008) and the 21st Biennale of Sydney: Superposition – Art of Equilibrium and Engagement (2018). Published books include Seeing Birds (2001, P3 Art and Environment), Color of the Planet (2004, Hara Museum/Icon Gallery), The Sun (2009, Izu Photo Museum), and To the Night Planet (2016, Izu Photo Museum). Her work is in many public collections including the National Museum of Modern Art, Tokyo, the National Museum of Art, Osaka, the Solomon R. Guggenheim Museum (New York) and the Centre Pompidou (Paris).
Ayukawa
ARTIST LIST