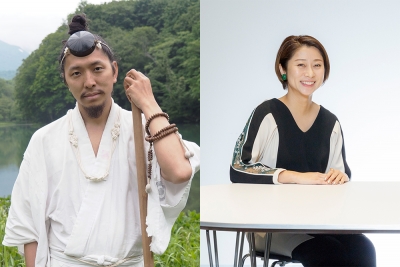 They are engaged in a project to present new works of physical expression that transcend local and personal body narratives.

Sakamoto is a mountain ascetic, who was born in Chiba Prefecture. Interested in the creation and development of culture, including creative and performing arts, he writes and makes art at his base in the sacred mountains of Dewa Sanzan, located in the Tohoku region. His books include The Mountain Ascetic and Me (Little More).

After a stint with the Maki Asami Ballet Company, Okubo began her career as a contemporary dancer. She also formed KATHY, a group whose activities traverse the fields of art and dance. Okubo has produced many projects in Japan and abroad, including a 100th-anniversary event for the Citizen watch company.
Kozumi
ARTIST LIST