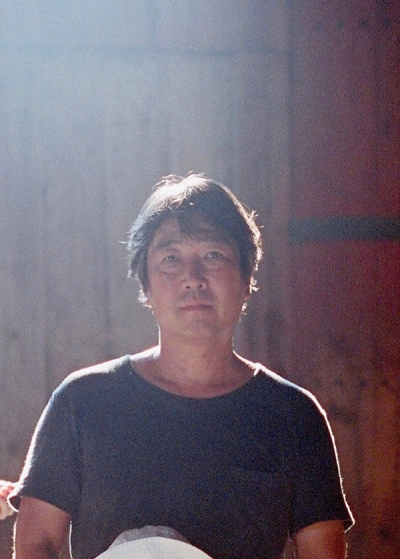 Artist. Born in 1969 in Kobe, Japan. After living in Berlin, Germany for 12 years, Shimabuku moved to Naha in 2017 where he is currently based. From the beginning of the 1990s, he has travelled to various places in Japan and overseas, creating performances and installations that consider the daily lives and cultures of people he encounters, as well as new forms of communication. Full of poetic sentiment and humor while also inspiring people in metaphorical ways, his style has gained a worldwide reputation. Shimabuku has participated in group shows at Centre Pompidou in Paris and Hayward Gallery in London, and in numerous international exhibitions including Venice Biennale (2003, 2017), the São Paulo Biennial (2006), Havana Biennal (2015) and Lyon Biennale (2017). He also participated in the previous Reborn-Art Festival, presenting a work called Erect at Norihama in Ayukawa. Large-scale solo exhibitions are planned in 2020 throughout Europe. His work is in the collections of various art museums and art centers, including Centre Pompidou and Noveau Musee National de Monaco in Monaco. His books include Opening the Door (Little More Books), and the picture book Cucumber Journey (Shogakukan).
Ayukawa
ARTIST LIST