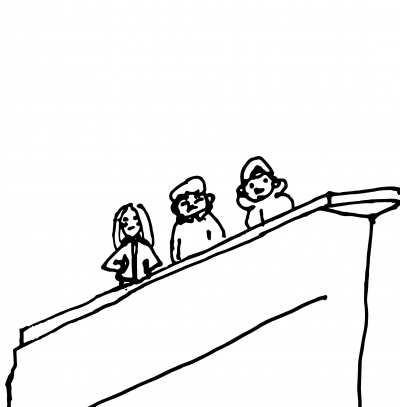 Unit launched in 2012 by Sakie Takasu and Tohru Matsushita, with Taishi Nishihiro joining in 2017. After staging the exhibition “SIDE CORE: Japanese Art and the Streets” (2012), which interpreted street in the context of art history and history in general, their focus shifted from history to the contemporary city and the body, and they expanded their activities into the actual streets. Their “Midnight Walk Tour”, which leads people on tours of guerrilla-style works dotted around the city and deals with architecture, murals, and graffiti, has been held irregularly from 2017 to the present. They are engaged in diverse activities, including a studio project team in the Tokyo Bay area since 2016. Major projects include “rode work” (2017, Reborn-Art Festival, Ishinomaki, Miyagi Prefecture), “Play Outside -From Picnics to Skateboards-” (2018, Ichihara Lakeside Museum, Ichihara, Chiba), and “Pointless Overnight, Night Flows By” (2019, Aoyama Studio, Aoyama, Tokyo).
Momonoura
ARTIST LIST