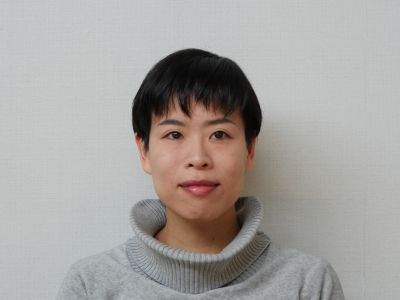 Born 1982 in Fukuoka. Yamauchi received her BA in Fine Art from Goldsmiths College, University of London in 2006. In 2010, she had a monumental encounter with an old photo of naked Ama divers that deeply inspired her to this day to pursue in exploring human nature and a world view nurtured by sea. In 2013, Yamauchi graduated from the Hanspul Haenyeo School in Jeju Island, Korea where she learned traditional free diving fishing and began shooting underwater. Funded by Japan’s Agency for Cultural Affairs (2015) and the Japan Foundation (2016), Yamauchi carried out research projects mainly in Mindanao, the Philippines, and extended her field to maritime Asia. In 2018, Yamauchi participated in “Water and Land Niigata Art Festival 2018” with works that she created in coastal villages of Niigata and Ulleungdo Island, Korea. Her recent work “Crossing Tides,” shot in the Genkainada Sea, was shortlisted for the 10th Za-Koenji Documentary Festival in Tokyo in 2019.
Ishinomaki Station
ARTIST LIST